[NOTE: This post originally appeared on deepsource.io, and has been posted here with due permission.]

In the early part of the last century, when David Hilbert was working on stricter formalization of geometry than Euclid, Georg Cantor had worked out a theory of different types of infinities, the theory of sets. This theory would soon unveil a series of confusing paradoxes, leading to a crisis in the Mathematics community  regarding the stability of the foundational principles of the math of that time.

Central to these paradoxes was the Russell’s paradox (or more generally, as we’d talk about later, the Epimenides Paradox). Let’s see what it is.

In those simpler times, you were allowed to define a set if you could describe it in English. And, owing to mathematicians’ predilection for self-reference, sets could contain other sets.

Russell then, came up with this:

\(R\)  is a set of all the sets which do not contain themselves.

The question was "Does \(R \) contain itself?" If it doesn’t, then according to the second half of the definition it should. But if it does, then it no longer meets the definition.

The same can symbolically be represented as:

Or, the so-called Liar Paradox was another such paradox which shred apart whatever concept of ‘computability’ was, at that time - the notion that things could either be true or false.

Epimenides was a Cretan, who made one immortal statement:

“All Cretans are liars.” 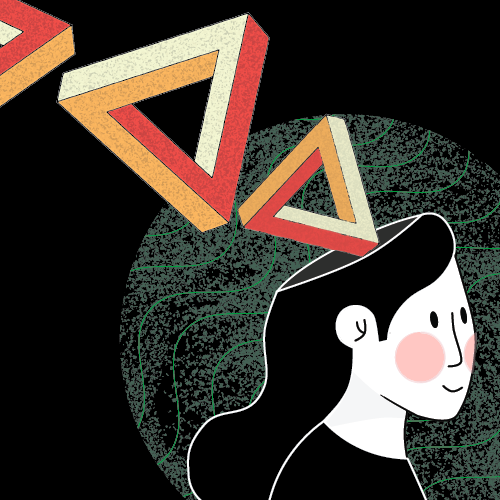 This is what makes it a paradox: A statement so rudely violating the assumed dichotomy of statements into true and false, because if you tentatively think it’s true, it backfires on you and make you think that it is false. And a similar backfire occurs if you assume that the statement is false. Go ahead, try it!

If you look closely, there is one common culprit in all of these paradoxes, namely ‘self-reference’. Let’s look at it more closely.

If self-reference, or what Douglas Hofstadter - whose prolific work on the subject matter has inspired this blog post - calls ‘Strange Loopiness’ was the source of all these paradoxes, it made perfect sense to just banish self-reference, or anything which allowed it to occur. Russell and Whitehead, two rebel mathematicians of the time, who subscribed to this point of view, set forward and undertook the mammoth exercise, namely “Principia Mathematica”, which we as we will see in a little while, was utterly demolished by Gödel’s findings.

The main thing which made it difficult to ban self-reference was that it was hard to pin point where exactly did the self-reference occur. It may as well be spread out over several steps, as in this ‘expanded’ version of Epimenides:

The next statement is a lie.

The previous statement is true.

Russell and Whitehead, in P.M. then, came up with a multi-hierarchy set theory to deal with this. The basic idea was that a set of the lowest ‘type’ could only contain ‘objects’ as members (not sets). A set of the next type could then only either contain objects, or sets of lower types. This, implicitly banished self-reference.

Since, all sets must have a type, a set ‘which contains all sets which are not members of themselves’ is not a set at all, and thus you can say that Russell’s paradox was dealt with.

Similarly, if an attempt is made towards applying the expanded Epimenides to this theory, it must fail as well, for the first sentence to make a reference to the second one, it has to be hierarchically above it - in which case, the second one can’t loop back to the first one.

Thirty one years after David Hilbert set before the academia to rigorously demonstrate that the system defined in Principia Mathematica was both consistent (contradiction-free) and complete (i.e. every true statement could be evaluated to true within the methods provided by P.M.), Gödel published his famous Incompleteness Theorem. By importing the Epimenides Paradox right into the heart of P.M., he proved that not just the axiomatic system developed by Russell and Whitehead, but none of the axiomatic systems whatsoever were complete without being inconsistent.

Before Gödel’s work too, P.M. wasn’t particularly loved as well.

It isn’t just limited to this blog post, but we humans, in general, have a diet for self-reference - and this quirky theory severely limits our ability to abstract away details - something which we love, not only as programmers, but as linguists too - so much so, that the preceding paragraph, “It isn’t … this blog … we humans …” would be doubly forbidden because the ‘right’ to mention ‘this blog post’ is limited only to something which is hierarchically above blog posts, ‘metablog-posts’. Secondly, me (presumably a human) belonging to the class ‘we’ can’t mention ‘we’ either.

Since, we humans, love self-reference so much, let’s discuss some ways in which it can be expressed in written form.

One way of making such a strange loop, and perhaps the ‘simplest’ is using the word ‘this’. Here:

Another amusing trick for creating a self-reference without using the word ‘this sentence’ is to quote the sentence inside itself.

Someone may come up with:

But, such an attempt must fail, for to quote a finite sentence inside itself would mean that the sentence is smaller than itself. However, infinite sentences can be self-referenced this way.

There’s a third method as well, which you already saw in the title - the Quine method. The term ‘Quine’ was coined by Douglas Hofstadter in his book “Gödel Escher, Bach” (which heavily inspires this blog post). When using this, the self-reference is ‘generated’ by describing a typographical entity, isomorphic to the quine sentence itself. This description is carried in two parts - one is a set of ‘instructions’ about how to ‘build’ the sentence, and the other, the ‘template’ contains information about the construction materials required.

The Quine version of Epimenides would be:

Before going on with ‘quining’, let’s take a moment and realize how awfully powerful our cognitive capacities are, and what goes in our head when a cognitive payload full of self-references is delivered - in order to decipher it, we not only need to know the language, but also need to work out the referent of the phrase analogous to ‘this sentence’ in that language. This parsing depends on our complex, yet totally assimilated ability to handle the language.

The idea of referring to itself is quite mind-blowing, and we keep doing it all the time — perhaps, why it feels so ‘easy’ for us to do so. But, we aren’t born that way, we grow that way. This could better be realized by telling someone much younger “This sentence is wrong.”. They’d probably be confused - What sentence is wrong?. The reason why it’s so simple for self-reference to occur, and hence allow paradoxes, in our language, is well, our language. It allows our brain to do the heavy lifting of what the author is trying to get through us, without being verbose.

Now, that we are aware of how ‘quines’ can manifest as self-reference, it would be interesting to see how the same technique can be used by a computer program to ‘reproduce’ itself.

To make it further interesting, we shall choose the language most apt for the purpose - brainfuck:

Running that program above produces itself as the output. I agree, it isn’t the most descriptive program in the world, so written in Python below, is the nearest we can go to describe what’s happening inside those horrible chains of +’s and >’s:

The first line generates """ on the fly, which marks multiline strings in Python.

Next two lines define the eniuq function, which prints the argument template twice - once, plain and then surrounded with triple quotes.

The last 4 lines cleverly call this function so that the output of the program is the source code itself.

Since we are printing in an order opposite of quining, the name of the function is ‘quine’ reversed -> eniuq (name stolen from Hofstadter again)

Remember the discussion about how self-reference capitalizes on the processor? What if ‘quining’ was a built-in feature of the language, providing what we in programmer lingo call ‘syntactic sugar’?

Let’s assume that an asterisk, * in the brainfuck interpreter would copy the instructions before executing them, what would then be the output of the following program?

It’d be an asterisk again. You could make an argument that this is silly, and should be counted as ‘cheating’. But, it’s the same as relying on the processor, like using “this sentence” to refer to this sentence - you rely on your brain to do the inference for you.

What if eniuq was a builtin keyword in Python? A perfect self-rep was then just be a call away:

What if quine was a verb in the English language? We could reduce a lot of explicit cognitive processes required for inference. The Epimenides paradox would then be:

Now, that we are talking about self-rep, here’s one last piece of entertainment for you.

This formula is defined through an inequality:

This doesn't end here. If \(k\) is now replaced with another integer containing 291 digits, we get yours truly: